Becoming an entrepreneur wasn’t something Brian Booker ever thought about. It is just something he always was. At the age of five, he dreamt of owning his own candy shop. By ten, he started a lawn mowing business, followed soon after by taking on a newspaper delivery route. In his teens, he was a dispatcher for a small family-owned towing company before obtaining his commercial driving license and working as a tow truck driver on a straight commission basis.

After years of growth and development working for the tow truck company, Brian was ready for his next career opportunity. He combined everything he learned about sales and leveraged his lifelong entrepreneurial passion to begin a new opportunity in the manufactured home industry in the 1980s and ‘90s. It was in this industry that Brian quickly progressed from sales to management, and soon became partner in a nationwide company with billions of dollars in annual sales. Brian knew there was more he could accomplish: by the end of the 1990s, his entrepreneurial nature started to pull him to the recreational vehicle industry—one ripe for innovation.
Buying his own RV and hitting the road with his family, traversing the United States multiple times over the years, Brian became passionate about travel and RVing. He identified a glaring gap in the RV industry with the service experience that regularly left consumers unsatisfied. Brian knew it was a challenge he could solve.
In 2000, a few months after the eureka moment of realizing he could start a company that provided better service, ExploreUSA RV Supercenter was born.

From day one, Brian’s vision was to build and scale ExploreUSA, investing in his people and developing a company culture with the philosophy of, “Pay fast, pay fair, treat others with respect, listen, but be committed to your core principles and don’t waver.”

Over the next two decades, through close adherence to this philosophy and Brian’s day-in-and-day-out leadership, ExploreUSA became one of the top RV retailers in North America—the world’s largest RV market.

Throughout the 2000s, ExploreUSA continued to earn record-breaking sales and success, growing from its first location in Boerne to nine retail locations across Texas in San Antonio, Austin, Houston, Alvin, Seguin, Fort Worth, and Dallas by 2014. In 2017, the company built its largest Texas dealership south of Boerne, financed with a $10 million loan by The Bank of San Antonio with the leadership and counsel of Brian’s personal commercial banker, Alan Smith.

In 2019, nearly 20 years after the opening of its first location, ExploreUSA was acquired by a Dallas-based national company called RV Retailer. The acquisition took a year of meticulous behind-the-scenes work and negotiations. During the process, Brian and his business partner, Scott Chaney, made a pact never to show weakness and to never back down on any aspect of the deal that made them uncomfortable. The negotiations were arduous, and threatened to fall apart multiple times, but the partners stuck to their values. Brian and Scott saw through the successful close of the deal just before the pandemic hit.
Now, after success in the manufactured home and RV industries over the past four decades, Brian is actively engaged in his newest venture, Hawkes Design LLC. Just two months old, Hawkes Design is a vertically integrated company that retrofits vehicles for off-grid active camping adventures. A rapidly expanding consumer niche, overlander vehicles have created a $10 billion global luxury industry. Since launch, Hawkes Design has outfitted five vehicles and plans to have 1,200 vehicles on the road by the end of 2022.

Images courtesy of Hawkes Design.
What Brian finds especially exciting about his new endeavor is the re-investment in San Antonio. He hopes to help reinvigorate the area surrounding the Alamodome, where his new facility is under construction using local talent—a workforce that commutes not from other parts of town, but from the East side. He plans to build a strong work environment and incentivize his employees and create fulfilling jobs.
Brian’s relationship with Alan Smith at The Bank of San Antonio has always empowered him to build his businesses with confidence throughout the decades. Alan’s extensive expertise in everything ranging from franchise acquisitions to corporate aircraft loans for his commercial clients like Brian, earned his recent promotion to head up the newly launched Specialty Finance Group at Texas Partners Bank.
The Specialty Finance Group offers traditional banking, lending, and insurance services to clients, and they extend their focus to specialty areas, such as lending for corporate aircraft, managing quick-service restaurant accounts, and even financing large ranches. Alan’s unparalleled partnership and counsel led Brian through each specialty financing solution on his journey, allowing him to scale to great success, and he is not slowing down anytime soon. 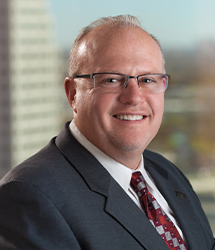 To explore specialty financing options with The Bank of San Antonio, email Alan Smith at specialtyfinance@texaspartners.bank. 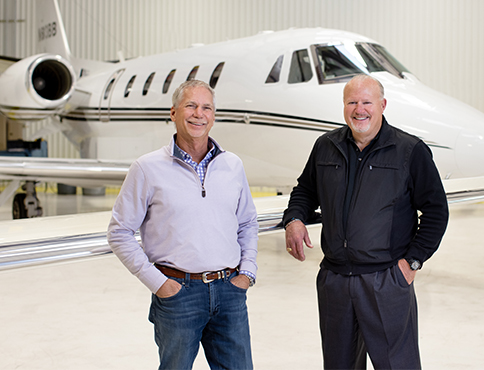 We understand your long-term needs.

This new division of experienced consultants is focused on elevating the value of your business and its future plans.
Explore Specialty Financing